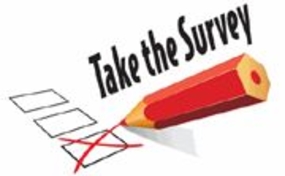 Thanks to two surveys carried out in 2016 and 2017, categories of stakeholders concerned by shellfish diseases have been defined and their perceptions regarding the disease issue have been collected. This work was developed with a view to providing an improved understanding of the relationships between these categories.

Four countries were involved in this study: Spain, France, Italy and Ireland.

Most of respondents to the survey were producers, researchers and from institutions.

The same pattern of responses was obtained in the different participating countries. Shellfish diseases are considered as an issue and have an important impact, generally negative, especially for the industry.

Interestingly, whatever the stakeholders’ category, they feel confident that it is possible to do something. Moreover they implement or take part in actions aimed at preventing or mitigating shellfish diseases.

Although response patterns were roughly similar, two groups emerged: France and Ireland appeared to follow similar pattern, while Spain and Italy provided quite analogous responses. This suggests that stakeholder organisation is more alike within these two groups.

More information on the Stakeholder identification mapping is available below.

You can also contact the coordinating team of the VIVALDI project.